Hello again, people! I’m going to tell you about the Brownderberg private club.

I don’t know about you, but I certainly get hives in my perineum when I listen to talks by animation professionals who only talk about their success (envy?, full stop!). Besides, these talks are a real danger, because you come out of them all grown up and wanting to eat the world, until you go back to the studio and you have to finish an animation for “Mattresses Bubblehead, if you see our prices you’ll drop dead”. At that moment you’re so down that you forget to put on the mattress the Spongebob’s mouth  that the client wants.

That’s why, in the last 3D Wire, a small group of irreducible pOfessionals (without “r”) created a private club called Brownderberg private club (please allow me to omit the name of the other 12 founders, because it’s not right to name them without their permission, because of “Private” and stuff).

At the risk of being kicked out of the club, (because the first rule of the Brownderberg club is: “don’t talk about the club”), this club has been made to tell each other and share those big fuck-ups and shitty things that we studios/producers and freelancers do, and that we always try to hide.

Here we meet, secretly, every year, to tell all our miseries, in hushed tones

THE “WHY” OF THE BROWNDERBERG PRIVATE CLUB

We learn much more from failures than from successes (which tend to be more of a stroke of luck than anything else).Besides that, if we have to learn anything it is to de-stigmatise failure, because without failure there is no success, and you have to step on a lot of dung before you get even close to success, and let’s face it, being told about big flops is even more laughable.

I’ll try to convince the members of the Brownderberg club, to leak some of their most regrettable fuck-ups and/or works to the Hampa Studio blog. I’m sure you’ll laugh your heads off.

In the next post, and as an example to the rest of the members, we will start with ourselves. I’m going to tell one of our epic fuck-ups, which will surely make Hampa Studio one of the honorary gold and diamond badge members of the Brownderberg private club. 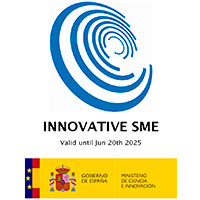